FEMEN condemns a government that doesn’t take action to fight woman trade and prostitution in Canada, and sits back peacefully while the most important systemic woman massacre unfolds in all immunity. The political and social status quo about prostitution and women’s lives is the very condition that enables street gangs to prostitute young girls and feed our most lucrative industry in Quebec: sex trade. 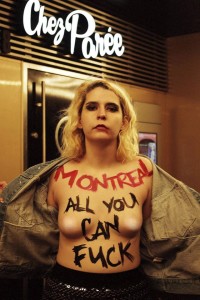 In theory, pimping and procuring prostitution are criminal activities in Canada and since 2014, buying sexual services as well. In practice, we are at the golden age of human traffic in Quebec, in a pimp paradise: in Montreal the sex capital, a sex trade hub in all north America, epicentre of the sex industry and exportation of prostitutes.

Each year thousands of teen girls are prostituted by street gangs: broken, pimped and put in circulation in prostitution rings, distributed from Montreal to all across Canada and the United States. Quebec girls are massively sold and we offer a true all you can fuck sex buffet: our girls are cheaper and younger than anywhere else and they do anything you can wish for. To each pimp his woman stock is a huge money maker: sex slavery is our most lucrative business, and our most reliable one since women are a renewable resource for organized crime and sexual exploitation a quebecer tradition rooted in our lifestyle and protected by politics.

FEMEN denounces this government betrayal of its woman citizens and calls for an honest fight of human traffic and prostitution in Canada!

FEMEN reminds you that we are all responsible for our society and that it is the general status quo that enables this feminicide and benefits all clients, gangsters, politicians and citizens who bask in their ability to buy people for sexual pleasure. Sex trade and human traffic feed numerous associated industries and the political system -as patriarchal and masculinist as organized crime – only legitimizes this steady woman massacre.

We live off an entire economy of woman trade : enough! 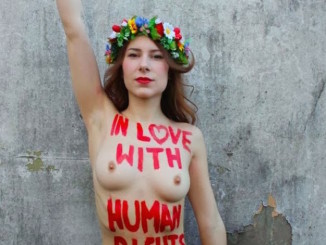 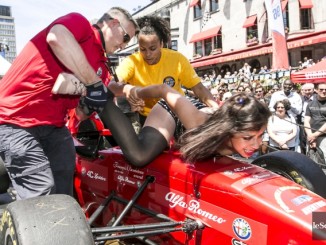 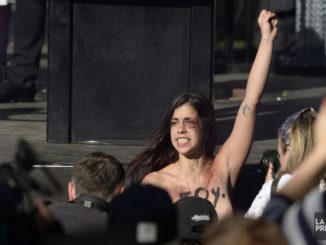