Under a golden ceiling full of painted naked women, the prize for standing up for secularity – the torso of bare breasted French national symbol Marianne – was given by and to mostly men,
and then finally; the great International Secularity Prize 2017 goes to Inna Shevchenko, leader of Femen International; and we balanced up the stage with women.

Secularity and Feminism is always interconnected as patriarchy’s father is religion; religions of male masters, preachers and lords who deny women equal rights and freedom to decide over our own bodies. 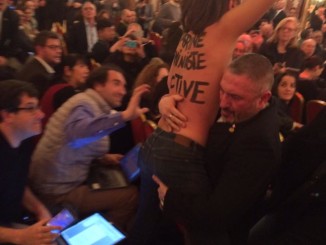 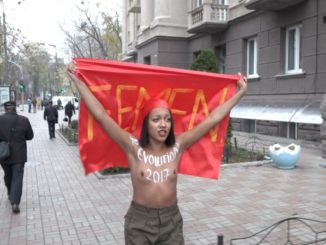