As soon as the famous director appeared in the Parisian cinematheque, where a retrospective display of his films was to begin, the bare-chested FEMEN sextremist burst into the hall. On the backs of hers was the inscription which accused Polanski in sex with minors. “No honors for rapists,” the feminists chanted.

After the girls were taken out of the hall, the action continued on the street. 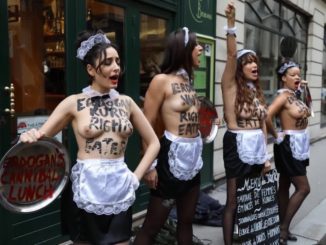 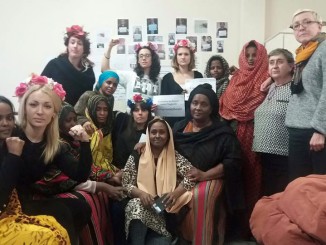 FEMEN Support Their African Sisters as They Began the Hunger Strike