We, FEMEN, and many with us have fought for this! For years!

Yesterday French legislators approved a bill against prostitution and sex trafficking that bans buying sex, while selling sex is to be legal, so prostitutes safely can contact the police and social services. The goal is the end of stigmatization against prostitutes and to create possibilities to get out of abuse.
Those who buy sex, or who profit from selling others, they are to be the responsible ones in this, and our children are to grow up without the notion that it’s ok to purchase sex/bodies/people for their personal desires.
The Swedish/Nordic model! Criminalize the sex-buyer, only.
Which should be accompanied both in Sweden, in France, and elsewhere, with extensive support out of substance use disorders, poverty, patriarchy and other systematic flaws in the societal structures.

Customers who break this law in France will now face fines and be made to attend awareness classes on the harms of the sex trade.
85% of prostitutes in France are victims of trafficking who get their passports confiscated by pimps, and an important aspect of the law is to accompany prostitutes and give them identity papers.
One of FEMEN’s main enemies is the sex-industry, and several of our activists are ex-prostitutes who have fought for this law through sextremism actions in country after country.

This one step of victory we celebrate, but it’s far from enough and the fight to eradicate prostitution, the worlds oldest oppression, continues!‪ 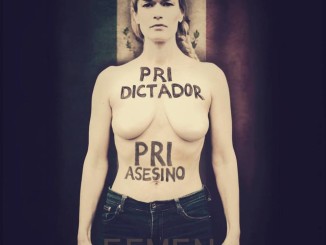 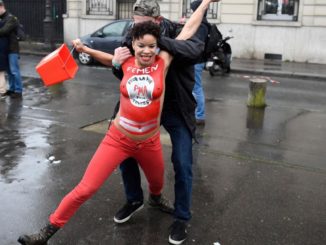