The campaign was started by comedian, Gráinne Maguire, reports Buzzfeed, in an effort to draw attention to the campaign to repeal the 8th amendment of the constitution, which equates the life of the foetus to the life of the mother and criminalises abortion in Ireland.

“Since we know how much the Irish state cares about our reproductive parts – I call my womb Ireland’s littlest embassy ;-)”

“Hey @EndaKennyTD just so you know, I got my period two days ago. Pretty heavy flow at first but now just occasional spotting”

Irish women quickly got on board, with #repealthe8th trending in Ireland. Some tweeters asked Enda for advice while others just thought they should keep him abreast of their menstrual goings-on.

In October, Father Ted creator, Graham Linehan, joined the campaign to repeal the 8th amendment, speaking with his wife, Helen, about their own experience with abortion after a fatal foetal diagnosis. 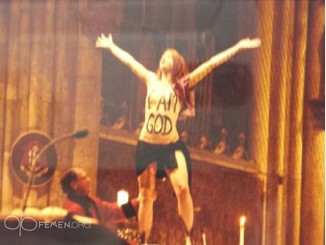