“Exploitation is not a celebration! “Said Neda Topaloski in front of the crowd before being tackled to the ground. As a couple of years ago, female activist FEMEN made a splash on Wednesday afternoon on the sidelines of the Canadian Formula 1 Grand Prix festivities and was arrested by the police.

While the promoter of the Grand Prix, François Dumontier was preparing to speak in front of the crowd gathered for the celebration of the 50th Anniversary of the Grand Prix du Canada at Dorchester Square, bare-breasted Montreal activist advanced to the stage to shout feminist slogans denouncing the exploitation of women.

Last March, the 31-year-old woman was acquitted of three counts of noisiness and vandalism for a similar coup at the 2015 Grand Prix. Neda Topaloski and another activist interrupted an event of the Grand Prix on Crescent Street. Neda Topaloski was violently dragged to the ground by two security guards. This time, she was arrested without violence, she said. 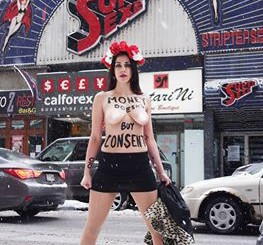 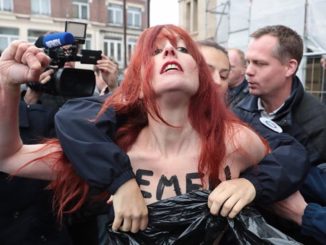 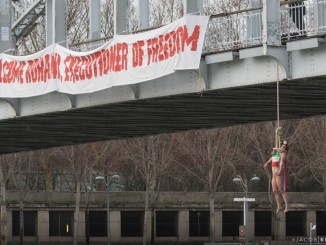