She has been persecuted in her homeland, tortured and dumped in the forests of Belarus and had her home burnt to the ground by the right extremists. She has been beaten by abortion opponents and been interrupted by Kalashnikov in the middle of her speech on freedom of expression. Inna Shevchenko, who lives in hiding and under the constant threat of death. Today ETC met her at a secret location in Paris.

Shortly after the appointment she steps in – easily recognizable with platinum blonde hair and stiletto heels, striking elegantly in blouse that snapped up to her throat, bracelets and nail polish to match her green eyes – her everyday look. Another look that made her an icon – the half-naked warrior with political slogans written on her chest; FEMEN leader, often called by the first name “Inna”.

– Before we begin, I want to know what do you want to write about, says Inna Shevchenko.

Most of the information about the FEMEN deals with the time before the terrorists’ attacks in 2015. It is Inna Shevchenko’s articles and TEDx in Greek Kalamata that aroused my interest.

In Ted’s she told about the torture in Belarus forests, how she fled from Ukraine and how she played an audio recording of the speech she held in Copenhagen in February 2015. You can hear how she talks about “people who defend freedom of expression but …”

And then something slammed. Omar Abdel Hamid El-Hussein shooting with Kalashnikov, damaging several and killing the Danish film director Finn Nørgaard. Inna Shevchenko throws herself on the floor and survives.

I want to talk about how the violence has affected FEMEN’s activism.

She nods and sits down.

– It has affected us very much. It’s not the same anymore.

The shooting at your TED talk is the same kind of brutal violence seems to follow you to completely different countries and cultures. Can you tell us about that?

– The first real violence has happened in Belarus, she says.

Inna Shevchenko was 21 years and active in the FEMEN for two years already. She was an activist full time after having been fired from a top job in the communications department of Kyiv city “because of the fight.”

After a demonstration in Minsk against President Alexander Lukashenko – who responded by imprisoning protesters and banning demonstrations – many Belarusian activists came to Ukraine. Well aware of the risks, FEMEN decided to implement their protest on the spot. Inna Shevchenko and two other activists went to Minsk and stood half naked in the middle of the downtown dressed as Alexander Lukashenko.

– It was an ironic protest, not aggressive. But our goal was of course to insult Alexander Lukashenko. He is called “Europe’s last dictator” and Belarus constantly finds itself far below in the freedoms rankings.

They were not arrested immediately, the day after they bought a bus ticket to back home to Kyiv, but never stepped on the bus. They were gone.

Dumped in the woods

Ukrainian media reported largely on their disappearance, which led to a diplomatic crisis between the two countries. After a couple of days the girls were found in the forest on the border with Ukraine. Inna Shevchenko’s hair was cut and colored green.

– They tied us and took us in a van. Since we were out in the woods, where masked men beat us, stripped us naked and said they would kill us, she says.

A man cut off her hair with a knife. Then he poured a liquid over her so she became colored in green. After hours of torture, they were dumped in the woods and were told to “go home to Ukraine”.

She says this convinced her that their protests really mattered.

– I was terrified but I thought the whole time that it showed that the regime was weak. That they were so afraid of three young and naked girls.

Neither in homeland, in Ukraine FEMENs were popular with the authorities. After a 2012 campaign – where Inna Shevchenko sawed down a wooden cross on the central square in support of Pussy Riot in Russia – was the last straw. When one day the police knocked on the door, Inna Shevchenko escaped out the window and went to Poland. Today she is wanted for “hooliganism” and risks a long prison sentence.

FEMEN Movement had made the biggest media impact in France by now, and formed the first foreign group. Inna Shevchenko came to Paris, where she was granted political asylum.

-How was it to come here?

– In the beginning it was good. But France lives the myth itself. I was welcomed by feminists and other freedom fighters but then I was beaten in central Paris just because I wrote “In Gay We Trust” on my body.

She talks about the right-wing protesters who abused FEMEN during demonstrations against gay marriage.

Before that, “nationalists” burned down her home after she posed as Marianne – the French national symbol.

Inna Shevchenko became good friends with the entire editorial staff of the satirical magazine Charlie Hebdo. They shared thoughts and threatened by the same groups-the extreme right and the Islamists.

– We used to get together and talk about the threats we received since last time.

FEMEN Movement grew with ramifications all over the world. Other feminists criticized them, saying that they used the patriarchal codes when they “showed their breasts to get attention.”

– Our breasts are our weapons and we give our bodies a new meaning – the struggle instead of sex, she says.

FEMEN organized in millenarian way – trained activists for the protests to go to and no protests may be carried out without the organization’s approval. They held training sessions monthly.

– We could hold open meetings and all could be FEMEN. But after the terrorist attacks there is a threat so serious that it does not work. Many women are queuing up to join, but may have to wait a long time.

– This is all about our safety and we have to infiltrate.

Yes, infiltrators have accused you of sectarianism and extremism.

– We are a militant movement with a clear manifesto to relate to. There is no scoop. We deal with protests and a kind of self-defense but also attack. And you can not be FEMEN while paying homage to Margaret Thatcher, as one member did.

The war of words

Previously, she defined the movement as a complement to the theoretical feminism. “We are soldiers of feminism,” she said and did not theorize struggle. Today she is mostly aiming for advocacy.

– I think we have to fight with words too.

Inna Shevchenko defended “Islam Criticism” and call Islamophobia as a word for “dull brain”. FEMEN protests against all monotheistic religions, especially Islam. Critics claim that she is the right Islamophobic.

– I get death threats from Islamists daily, they have murdered my friend and tried to kill me. The only thing I have done is to show breasts and say what I think. I intend to continue.

Inna’s Interview for ‘The Rubin Report’ 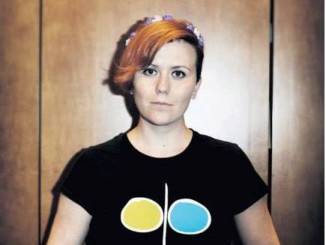