On March 8, in Kyiv during the rally for women’s rights, a group of right-wing activists attacked the procession. FEMEN has struggled against the dictatorial regime of ex-president Yanukovych since the autumn of 2013, Ukrainians have massively joined the Revolution of Dignity for Freedom and Democracy. But three years after the victory of the revolution, and still there are some groups around the country, that believe that women’s rights and women’s voice have no right to be raised. For these “machos” sperm toxicosis could be the only reasonable excuse. FEMEN activist held a mono protest in Kyiv on the subject of male chauvinism in Ukraine – “Stop sperm toxicosis”. The action was held on a sacred for all the free Ukrainians place – Maydan Nezalezhnosti. 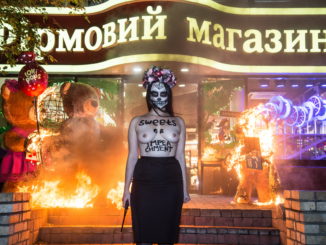 Sweets or Impeachment for the President 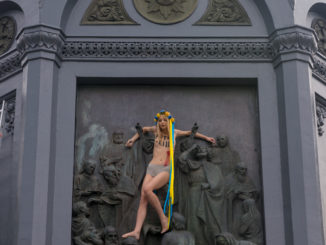 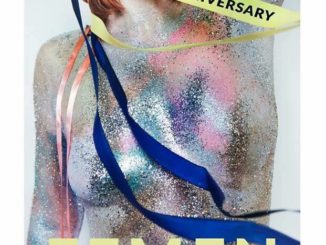