Ukraine is fighting for its survival. It is fighting for democracy, it is fighting for all of Europe.
European governments are watching.
Germany’s government is dancing a pathetic balancing act between lip service, sanctions and occasional arms deliveries while trying not to upset Putin too much because there is still an energy dependency and there is still the problem of nuclear and biological weapons. Meanwhile, Ukraine is in a humanitarian crisis. Part of Putin’s war is the bombing of civilians and public facilities. We all know the photos.
It also seems that Germany has once again forgotten or repressed its own history. In 1948, Berlin was surrounded by the Soviet occupiers. There was a devastating humanitarian crisis in West Berlin. At the time, the Berlin Airlift was used by the Western Allies to supply the population.
In his address to the German government, President Selenskyj demanded an airlift that would now also save the Ukrainian population. FEMEN supports this demand at the airlift memorial! 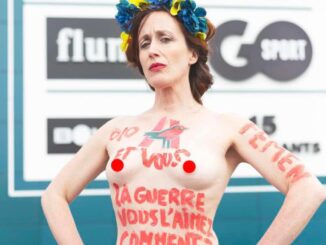 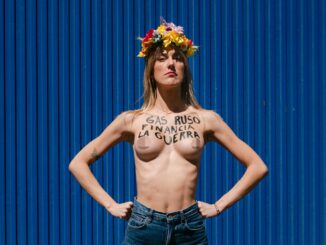