Pope Francis authorized the canonization of Mother Teresa in 2016. Our indignation could not be greater. Not only because once again our eyes are captured by the ugliness of megalomania and corruption of the Catholic mafia that rewards its members with Saints securities; but also because this time, the Vatican boast one of the biggest enemies of the emancipation and empowerment of women, Mother Teresa.

This woman, who claimed to help the poor by saying that “poverty is the gift of God” and claiming that she was taking care of women in their reproductive preaching mission as obligatory, this woman who pretended to care for women in her hospital showcase in Calcutta while struggling against contraception, Mother Teresa certainly deserves the title of “anti-woman”.

Through this initiative, the Pope François confirms the war being waged by the Vatican against women. Because, via canonization of Mother Teresa, the Catholic mafia wants to make this woman and her activities an example for millions of people.

FEMEN calls on all feminists, the true holy women, to consider Mother Teresa as “fenemy” and to oppose misogyny and hatred for women that develop within the Vatican walls. 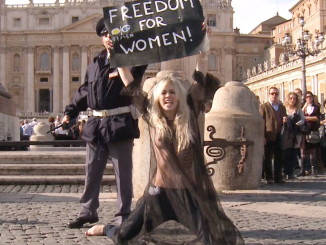 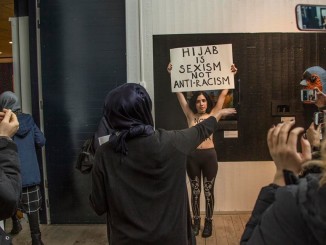 Peru: Abortion in Cases of Rape is Still Banned