FEMEN Sextremist greeted the School of Corruption with the first class this year. In the first-graders’ suit, the activist sat down on her shoulder to the monument at the entrance to the Verkhovna Rada of Ukraine and rang the bell. On the chest of the activist was written “School of Corruption”, which most closely corresponds to the nature of Ukrainian parliamentarism.

The Ukrainian parliament became an arena for inter-clan strife, against which corruption is rampant in the country. The parliamentarians avoid resolving the real problems of Ukrainian women: the Istanbul Convention was not adopted, laws on the prohibition of abortions, etc.

We demand freedom and security for Ukrainian women! 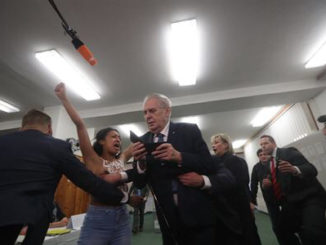 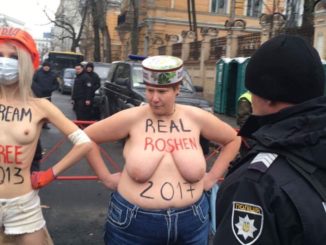 Revolution of Dignity – From Dream to Reality 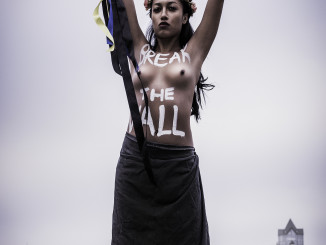