GHOMESHI, GUILTY!
Enough with the misogyny in bed and in court!

This morning, in Toronto, as Jian Ghomeshi was going back to court to hear his verdict, a FEMEN activist gave him the women’s verdict: Ghomeshi, guilty! 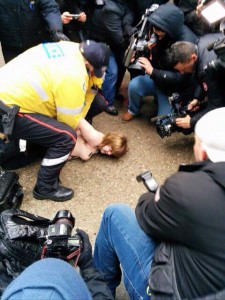 FEMEN condemns the historical phallocracy of the justice system that continuously privileges men, forcing women to « prove » they have been abused and to expose their intimacies. Women’s experiences of assault, rape and manipulation are questioned in court to make the victim «lose credibility» – but what does one’s actions before and after assault change to non consensual sex?!

This was the trial of women’s attitudes and experiences of sexual assault, not the trial of the crime and the aggressor!
This is pure misogyny, both in bed and in court! Enough with a phallocratic justice that undermines women when their dignity and fundamental rights are violated! Enough assaulting women and acting like they wanted it! Women deserve justice too! 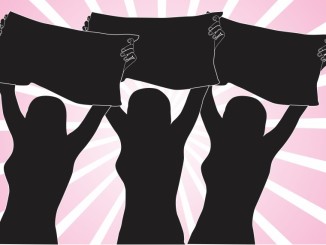 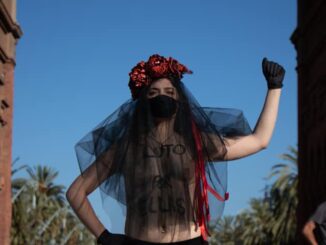 Hijab Day: There’s No Such Thing As a Feminist Who Supports the Hijab