Republicans’ making fronts against Front National is not enough ever more. We need new ideas, new perspectives on the horizon to dissipate the haze which starts to fall upon France. The governments were content to brandish the threat of neo fascism before each election to bring voters to them.

Their speech has no decision within a population that feels downgraded, abandoned to its fate, the successive crises that have exacerbated.

Today, because of their laziness, their adequacy, efforts to go back in time to revisit threatens our social rights, acquired hard struggle. The security escalation will not save them from shipwreck in which they embarked us.

No doubt that with a bit of luck, the FN will discover new friends, FEMEN will obviously not the one, but instead is persevered in its desire to dismantle the deception of that party.

For FEMEN the struggle continues! Join us, don’t give up! 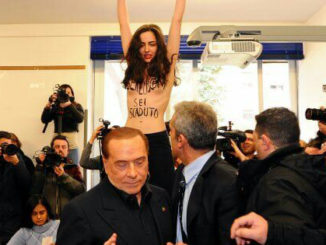 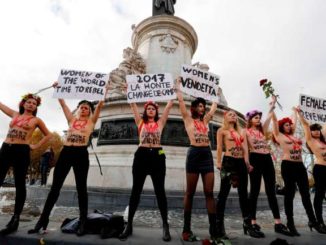 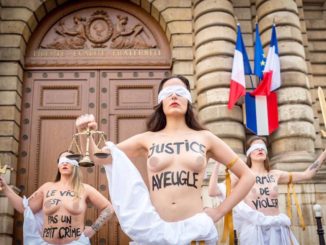