This is an official remark on the article posted by Brown Political Review (please follow the link to read it), explaining the basic strategy and the role of the FEMEN Movement in global war for women’s rights, which author, unfortunately, mistook.

FEMEN Movement’s not going to replace with itself the concept of Islamic origin women’s struggle for equality and freedom. It is only up to them to defend themselves. However, FEMEN obliged to speak out against adepts of Islam, which call for mutilations, killings and other savagery against women. It’s not of a big importance that we are not pure representatives of that culture in particular – struggle for women’s rights has no nation, religion or other cultural differences. But speaking of activists who attacked Islamic Forum in Paris, they are former Muslims, in fact.

Every woman has the right to fight against patriarchy and it is not necessary to divide them into different cultures, because gender-based violence divides humans only by gender identity.

And finally, as to whether FEMEN activists should establish charitable foundation or perform some other social activity. FEMEN is a subversive Movement of feminism; sextremists, who attack the enemy. The Movement is called for uncover all the plagues of patriarchy, but not a charity fund or rehab. Various women’s organizations perform a number of their functions on the great war for women’s rights – some develop the theory of tactics of the struggle, some work in the rear, some establish rehabilitation centers, while others fight on the front line – bare-breasted on the barricade. This is our naked war against patriarchy. This is how we see our mission in global concept of feminism and this is our sextremism. 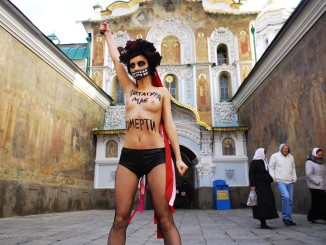 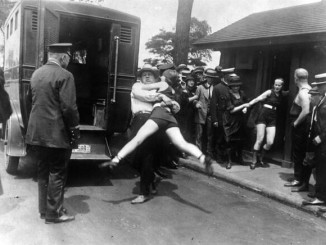