Covered in dirt, stained from dust, 114 women, victims of feminicide from 2019 have risen from their morbid silence.

Calmly marching, determined to be heard, these assassinated women have come back to protect those who are still living.

They have ripped off their grave clothes and broken their caskets in an effort to carry the grief of their victim sisters joined by conjugal violence and denounce the injustice that lead to their deaths.

Through this symbolic march, they are calling out to powers that be and reminding everyone that most of these women were known victims of inter-familial violence well before being assassinated and had alerted the proper authorities, including the police and the justice department, reaching out for help.

On their chests, the words of victims who cried in despair when faced with a dysfunctional system that does not work in their favour.

On their torsos, white acrylic reads “I did not want to die” in reference to the last phrase thats was uttered by #EmineBulut before collapsing in Kirikkales front of her daughter on August 18, 2019, echoing the campaIgn of Russian feminists for penalizing conjugal violence in their country #ЯНеХотелаУмирать / #ididntwanttodie.

Also written on their bodies; “I WAS NEXT” in reference to the campaign #aminext? which arose in South Africa, following the rape and murder of a young student in the post office of Cap.

Also cited were the words of Julie Douib, assassinated by two bullets in Corsica on the Island of Rousse the 3rd of March, 2019, “They will take me seriously when I’m dead.”

We no longer want to continue counting the dead but instead, spend our time and energy protecting the living. This silent march is therefore taking place today in order to reclaim our right to live.

The big debate on feminicide has gained momentum in France with more and more sexist based murders occurring every 48 hours. An official national debate against conjugal violence has been proposed and we are being forced to face the fact that these same sexist systemic problems exist across many countries. According to the 2017 EUROSTAT, which compiled the statistics for the European Commission, certain countries, including Belgium, scoff at the idea of studying this problematic situation.

One month after the start of the national debate, mobilisation should not weaken. Feminicide is not inevitable, but rather a kind of plague that we can and need to choose to contain.

The High Counsel of Equality has estimated that the cost for ending this bloodbath of women in France is somewhere between 506 million and 1.1 billion euros. However, we say that our lives are invaluable and priceless and we do not wish to be heard and valued only after our death.

Once again, we call upon each and every member of the government, every policeman, every judge, every neighbour, mother, father, sister, brother, friend, whoever you are, to take action against this feminicide epidemic. These murders can be prevented.

Let us not forget those who have fallen down forever under abuse and let us now work to protect those who are still fighting for their lives.

As this national debate is presently in progress, we would like to call attention to the lack of overall mobilisation which could eventually lead to the complete failure of the debate and subsequent solutions, and thus directly implicating the overall passiveness of society when it comes to feminicide. 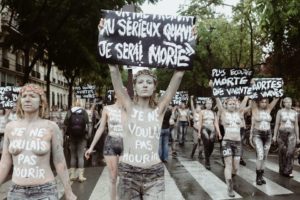 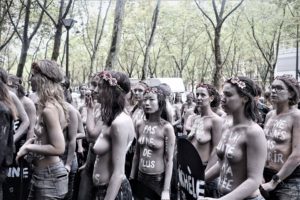 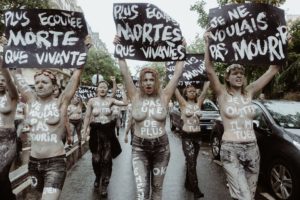 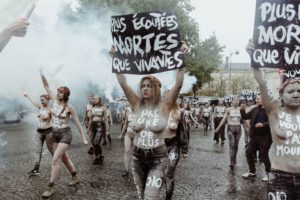 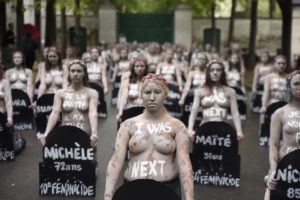 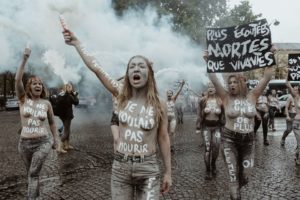 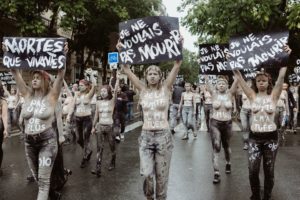