By Inna Shevchenko for ibtimes.co.uk

While many were ironically noting that the “Hijab Day” organised at the prestigious French school SciencesPo is a proof of the prophecy of Michel Houellebecq’s fiction workSubmission – about France becoming an Islamic state – it has meant that some serious debates about the hijab have gathered momentum again.

On one side, some Muslims, feminists and those known as regressive leftists claim that the criticism of hijab, or any attempt to ban it, is racist and is an attack on the fundamental freedom of women. On the other side, another group of Muslims, feminists, libertarians and secularists attempt to address the question of hijab as contradictory to secular values and contradictory to women’s liberation, given its sexist significance. Extreme right wing xenophobes also attempt to participate in this debate with their ugly direct attacks on veiled women, which radically differentiates them from the secularists, of whom attack ideas, and ideas only.

The event, which was organised by a group of students, didn’t attract many participants – but what can be more relevant than debate in the country of Les Lumieres or of “Nuit Debout”? So despite my white skin and non-Muslim background, I hope to contribute to this debate, as I do not believe that one has to have a certain ethnicity or to belong to a certain community to be able to address a question of human rights; being human is enough for that.

The international campaign “Wear a hijab Day” that reached secular France is a part of a well organised and often largely financed effort of political Islam to claim its presence in the public life of Western societies. Adopting the language of human rights and feminism, while talking to western media, the advocates of political Islam posit that to wear hijab is a right and a basic freedom for any woman to own her body.

The same speakers attempt to promote the idea that “hijab” is an additional “sixth pillar” of Islam, after the traditional “five pillars” which are the proclamation of faith, pilgrimage, prayer, charity and fasting. This tactic is meant to oppose the fundamental values of secularism and to visibly distinguish a Muslim community within Western societies. As history proves, male ideologies such as religion always attempt to gain their power through women’s instrumentalisation.

While compulsory female covering is not even mentioned in the Quran (which doesn’t make it less sexist), the “hijab” – literally translated as “curtain” – was made the symbol of the belief that women are a sexual distraction to men, who thus cannot be tempted by the sight of female hair, considered as an intimate part in Islam. While this idea depicts men as sexual maniacs, women are portrayed as sexual objects, potential victims of sexual assaults who have to protect themselves by covering up.

It is also often connected to the idea “awrah”, or forbidden, to show parts of the body, which leads to limiting the presence of women in the public space. All these medieval ideas about women become the basis of the notion of compulsory hijab for fundamentalists such as the government of Iran, Saudi Arabia or the barbarians of the Islamic State.

This idea – sometimes transformed within laws – limits the freedom of millions of women in many countries and leads to their abuse. Therefore, the naive arguments of advocates of political Islam or Muslim feminists, as they name themselves, about hijab being a clothing the same as any other type of clothing woman can chose to wear, is hypocritical. Moreover, it is a moral crime to claim that hijab is a “choice” or “freedom” for Muslim women, as long as there are still millions that are forced to follow the required code of conduct of hiding yourself in many countries and communities until today.

Everyone is free to favour conservative ideas and apply them in their private life by choice (wear a headscarf for instance) and anyone is even free to express their support for male domination over women. But don’t call it freedom, and don’t disguise it as feminism. Feminists can have religious beliefs, but feminism cannot be religious.

Many women in Iran, Egypt, Saudi Arabia, Pakistan and other countries proved it with their constant and long-term fight against the imposed patriarchal religious morals imposed in relation to their bodies. Their brave work might also remind the world that hijab is not “cultural” for the Muslim world – it is political.

In 1919, Egyptian women took the streets demanding the right to vote, the core action of the march was taking off the veil as a sign of self-liberation. Later, in 1956, president Gamal Abdel Nasser publicly mocked the Muslim Brotherhood for pressuring him to impose hijab on women. From 1996, the Taliban took power in Afghanistan forcing women to cover up, which the majority didn’t do until then. Or again, in Iran, it was only after the 1979 revolution that the Islamic Regime made head coverage compulsory for women as well as limiting many other aspects of their lives.

From then and until now, many have campaigned against the dictatorship of religious regimes that torture women’s bodies and their freedom. In 2008, Yemeni women launched a “Take Off The Veil” campaign on March 8, 2008, to coincide with International Women’s Day. It was against the hijab, which they called “intellectual terrorism practiced by strict Islamic groups and individuals”.

In 2014, Iranian writer Masih Alinejad launched “My Stealthy Freedom” to oppose the theocratic law in Iran on the compulsory headscarf, which today has around one million supporters. The Indian Muslim journalist and campaigner, Asra Q. Nomani, wrote in her column for the Washington Post: “Do not wear a headscarf in “solidarity” with the ideology that most silences us, equating our bodies with “honor.” Stand with us instead with moral courage against the ideology of Islamism that demands we cover our hair.”

The incredible work of women and men who oppose religious theocratic rules inspires and strengthens secularist values, which separate the public life of society and religion. And therefore, bans the manifestation of various religious symbols in schools and some public institutions, which includes the headscarf. Often perceived as oppressive by religious advocates, the French secular practice of banning all religious symbols in public schools (even though I am sceptical of any ban), ultimately has a positive effect on the integration of newcomers and generally creates an atmosphere of equality which we all seek today.

However, the recent declaration made by Prime Minister Manuel Valls, that hijab must be forbidden in universities as well, was clumsy and wrong by nature. We shouldn’t start a war on hijab, but should rather apply reasonable secular rules to free the public space from any religious symbol.

Manifestations of religious symbols in the public sphere are dividing society through the demands of different identities and the claims of belonging to a certain community. In this way, we create more minorities in our society which, by definition, destroys the idea of all being equal. Our religious and ethnic identities are meant to divide us, and this only takes our fight for an equal society further away from reaching its goals. 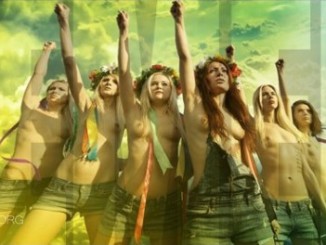 Paul Wesselman: In Our Society It’s More Acceptable to Degrade Women Than Poop 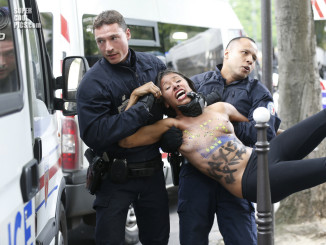