News Ticker
FEMEN stands with Turkish singer Sila, who suffers political repression after expressing her anti-Erdogan position.
Criminal charges have been filed against Turkey singer Sila who publicly refused to attend pro-Erdogan rally in Istanbul, while condemning both, the military coup and the “new Erdogan’s regime”. Immediately after her declaration in media, Sila’s concerts have been canceled across the country and criminal complaint have been filed in court.
Erdogan’s “political cleaning” already affected thousands of Turkish citizens, many of who have been arrested, fired or banned from leaving the country due to their political views. Erdogan is a democratically elected anti-democratic president who today threatens the human rights and civil progress with another brutal dictatorial regime. Democracy means not only elections, but an unlimited right of freedom of speech, free and independent judicial system and solid political opposition. Erdogan already deprived Turkey from all these.

FEMEN expresses all support to Turkish nation, to all politically persecuted like Sila who do not give up their inner Liberty and become a vocal opposition to the cruel draconian regime of Erdogan!

We stand up with all of you! We stand with Sila! 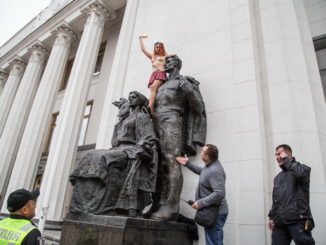 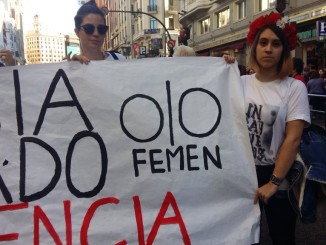