Sweden has distributed Chimamanda Ngozi Adichie’s feminist manifesto, “We Should All Be Feminists,” to every 16-year-old student in the country.

The Swedish Women’s Lobby partnered with other groups to launch the initiative on Dec. 1, in the hopes of sparking dialogue about feminism in one of the most gender-equal countries in the world.

Launching the project at Norra Real high school in Stockholm this week, they said they hoped the book would “work as a stepping stone for a discussion about gender equality and feminism”.

“My own definition of a feminist is a man or a woman who says, ‘Yes, there’s a problem with gender as it is today and we must fix it, we must do better,’” writes Adichie in the essay. “All of us, women and men, must do better.” 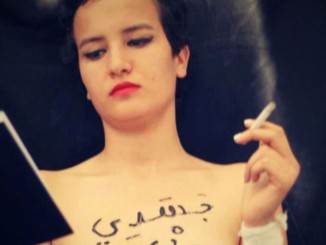