I can not. My body is prohibited.

Female encoded people who do not want to hide their breasts refuse to bathe in the bathhouse. Even in my own brain sits pasted into me – to put on a top, whereas about half of the population had the opposite pattern of movement in his head – to undress, because it is usually the most practical when to swim.

But how Sweden can be equal if there are rules that do not apply to everyone? How could it be feminist? It is not.

The explanation for that half of the population’s breasts should be kept hidden is usually that they stand out, they are larger, and they simply exist. But the forbidden breasts are often smaller than those allowed. There are many different body types – thick, thin – and then the breasts are largely consist of fat, hanging breasts’ size is often linked to how much fat the person has in the rest of the body, not necessarily with the gender that they identified.

Even a body which in the eyes of others is socially coded as “she” whose breasts are banned, can accommodate a human that is actually “he”. Yet they remain censored, deleted and removed. If hormones change, the body responds and a human changes too. It is an injustice that involves physical gender and nothing else.

An argument for my upper body, according to Instagram, worse than guns, is that it is considered to be sexually arousing. But it is everyone’s breasts. Most react to the touch to the chest area, regardless of gender.

The difference is that half of the breasts censored in public places, only visible in the sexual context, with eroticism or sex scenes in romantic comedies. If all breasts were allowed on the beaches and in all other places where only half of the breasts are socially accepted, they would have the same sexual mark.

“But what if someone becomes sexually excited that you go without a bikini top on the beach?!” A person showing their breasts should not have to take responsibility for others who are unable to control themselves.

Ask yourself if it would be reasonable to force all those with feet bigger than size 39 have flippers on the beach. If Instagram, because of the rules, would erase all pictures with large foot size. It would be filthy and absurd for people with feet larger than 39 to show themselves off without socks.

So stop pretending that some parts of our bodies do not exist. For they are, throughout our bodies are, and the same rules and laws should apply to all bodies. 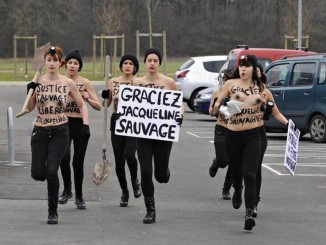 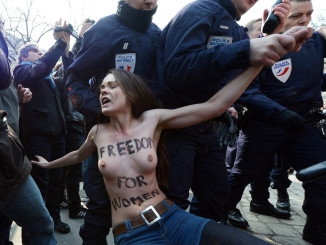 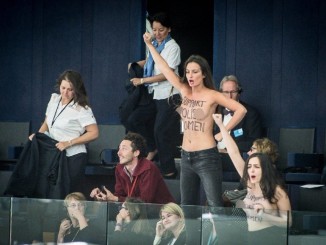